The Kölner Phiharmonie and other leading European concert halls of the European Concert Hall Organisation (ECHO) work together during the corona crisis for a unique digital program: jointly ECHO members stream a concert from the archives every Monday, Tuesday and Thursday evening. The concerts can be seen at 8:00 p.m. on all Facebook pages of the participating venues. 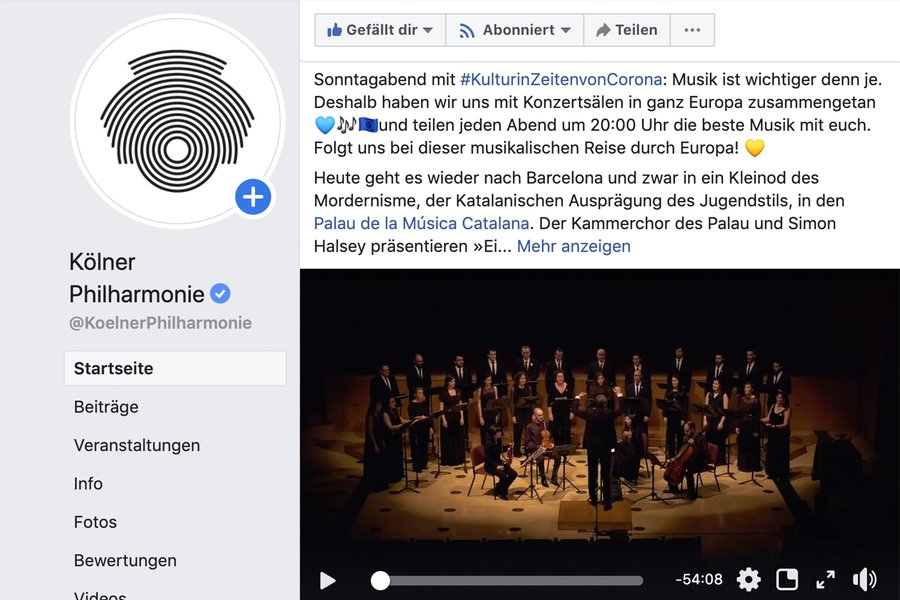 We provide you with a steadily growing number of concert recordings that have been made in the Kölner Philahrmonie over the past seven years on » philharmonie.tv.

As one of the world's most imposing and important concert halls, the Kölner Philharmonie plays a soloist role, yet also takes its place within the "Tutti" of the other European concert halls. Together with the other leading German concert venues, the Kölner Philharmonie became affiliated to the Concert Hall Conference in the year 2000, a body dedicated to the development of pioneering projects and to the joint resolution of current problems. As early as 1991 the Intendants and General Directors of Europe's major concert halls joined forces to launch the European Concert Hall Organisation, or ECHO. Jointly commissioning new compositions, ECHO is devoted to promoting a young musical elite. For the "Rising Stars" series, each ECHO concert hall annually nominates a young soloist or a young ensemble which then embarks on a tour of the various ECHO concert halls. This results in a vibrant cultural exchange, renders a valuable contribution to the artistic unity of Europe and also provides a wonderful opportunity to artists and audiences alike: For already a number of performers who began their careers as "Rising Stars" in the Kölner Philharmonie have returned as established stars - attracting many of the original audience back to the Philharmonie.

With the support of the Culture Programme of the European Union 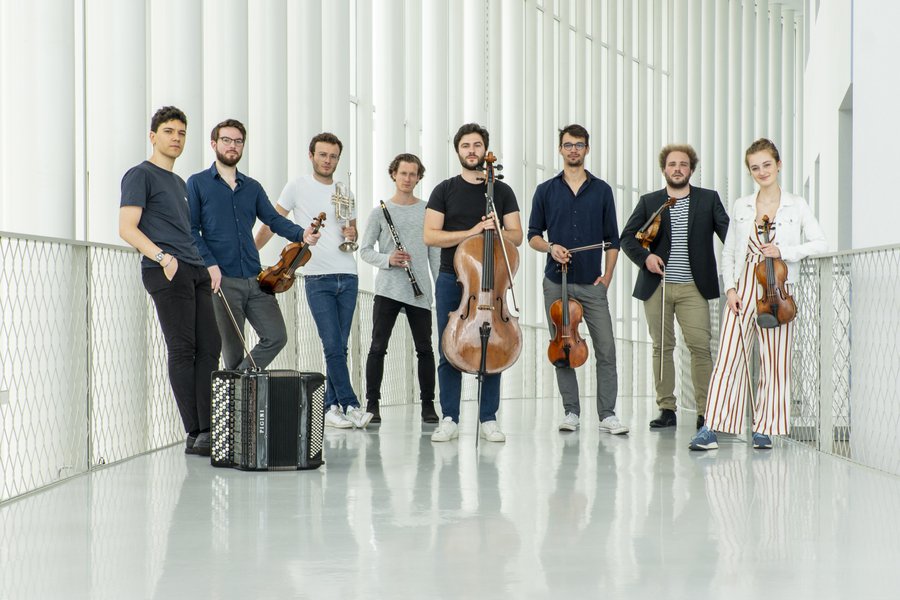